Are you a family of thrill-seekers and fantasy-lovers? Florida is the place to be! Theme parks in Florida draw visitors from around the world. Fun is the international language spoken around these theme parks. You can expect to have the time of your life.

If you are looking for things to do in Florida, head over to Orlando. The city is theme park central and is home to some of the best theme parks in the world.

Let’s take a look at these theme parks in Florida that you must visit on your next trip:

Walt Disney’s Magic Kingdom first opened its doors to the public in 1971. Since then, the theme park has been the hottest spot for Mickey Mouse fans. If you or your children would love to meet their favorite Disney characters and witness an over-the-top fireworks display, Magic Kingdom is the place to be!

There are a variety of rides at this theme park for adults and children alike. When visiting, do not miss the Seven Dwarfs Mine Train, Peter Pans’ Flight, Space Mountain, and Splash Mountain. You can also witness jaw-dropping exhibits at the Magic Kingdom modeled after Disney classics, such as dining areas inspired by the castle from Beauty and the Beast.

If you think your family’s not ready to tour a giant theme park like Walt Disney’s Magic Kingdom, LEGOLAND is the place for you. If you have LEGO enthusiasts in your family, surprise them with a trip to LEGOLAND – one of the best theme parks in Florida.

At LEGOLAND, children can drive their own LEGO cars and boats. You will find dragon and dinosaur-themed roller coasters at the theme park. There is also a super interactive Ninjago ride. Miniland USA, an exhibit that features highly detailed LEGO re-creations of New York City, San Francisco, and other famous places in the U.S., is also a must-see!

LEGOLAND is located in Winter Haven, about an hour’s drive from the Orlando area. It is a highly kid-friendly theme park, but it might not amuse older kids and adults. LEGOLAND Hotel Florida, Courtyard by Marriott, and Hampton Inn are some of the best places to stay near LEGOLAND.

Universal Studios features original rides like E.T. Adventure. The theme park’s newest attraction, Fast and Furious–Supercharged, immerses visitors in the world of high-speed films. Here, you can also find rides based on Men in Black, The Mummy, and Transformers. The Hollywood Rip Ride Rockit coaster, which sends riders on a 90-degree climb toward the sky set to the soundtrack of their choice, is one of the most popular attractions at Universal Studios.

Universal Studios is located at a 16-minute drive from Downtown Orlando. Holiday Inn and Suites, DoubleTree by Hilton Hotel, and Crowne Plaza Orlando are some of the best hotels to stay around Universal Studios.

SeaWorld Orlando is the perfect place to be if you wish to have up-close animal encounters and experience pulse-pounding rides.

SeaWorld is home to the tallest, fastest, and longest roller coaster in Orlando and a river raft ride with the world’s tallest drop. In addition to plenty of thrill rides, the park hosts shows to educate guests about dolphins, orcas, and other aquatic animals. SeaWorld Orlando also has a waterpark, Aquatica, which features exhilarating rides with plenty of dips and drops. The Dolphin Plunge, which takes riders through clear tubes that travel underwater in the parks’ dolphin habitat, is a must-ride!

SeaWorld is located at a 20-minute drive from Downtown Orlando. DoubleTree by Hilton Hotel, Hilton Garden Inn, and Hampton Inn and Suites are the most popular hotels in the area.

Theme parks in Florida are year-round attractions, thanks to Florida’s famous sunny weather. Whether you’re heading to the Sunshine State for the summer or planning on visiting during the holiday season, you’re guaranteed to have fun! For more information about things to do in Florida, places to stay, and top attractions, visit Florida Beaches. 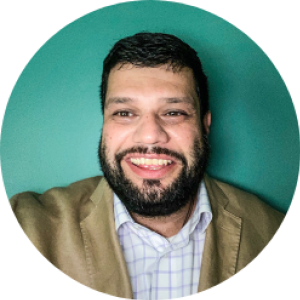